The Sunday Times article below describes a common situation nowadays; blended families where parents divorce and later remarry, each having children from their first marriages.

Roger and Alison Jones had four children and divorced in the 1990s. They both went on to remarry with Roger marrying Lulu in 2007.

Roger and Lulu wrote mirror Wills after their marriage with the provision that Roger’s four children should equally inherit his estate along with Lulu’s son.

Roger died around 10 years ago, leaving everything to Lulu, and Lulu, in turn, died in June this year. However, Lulu had rewritten her Will in the month she died, which she is perfectly entitled to do, and left nothing to Roger’s children. The article describes the distress this is causing them, the limited and expensive legal steps they have available and the small chances they will successfully contest the Will.

This sad situation could easily have been avoided.

Roger should have left his estate in a Life Interest Trust for Lulu. As the Life Tenant, she could have lived in the house they shared together for the rest of her life and on her eventual death, his estate could have been split equally between his four children and Lulu’s son, as per their original intentions.

Lulu could also have been given entitlement to income from Roger’s other assets.

Lulu can leave her estate to her children from her first marriage, but her estate wouldn’t include the house she lived in. This is part of Roger’s estate and she is merely entitled to live there.

Lulu can change her Will as many times as she likes but it is set in stone who will inherit Roger’s estate on her death.

This could easily have been set up when Roger and Lulu wrote their Wills after their marriage. Maybe their solicitor pointed out such a scenario at the time and they didn’t think it would happen to them… sometimes you just don’t know what the future will hold. 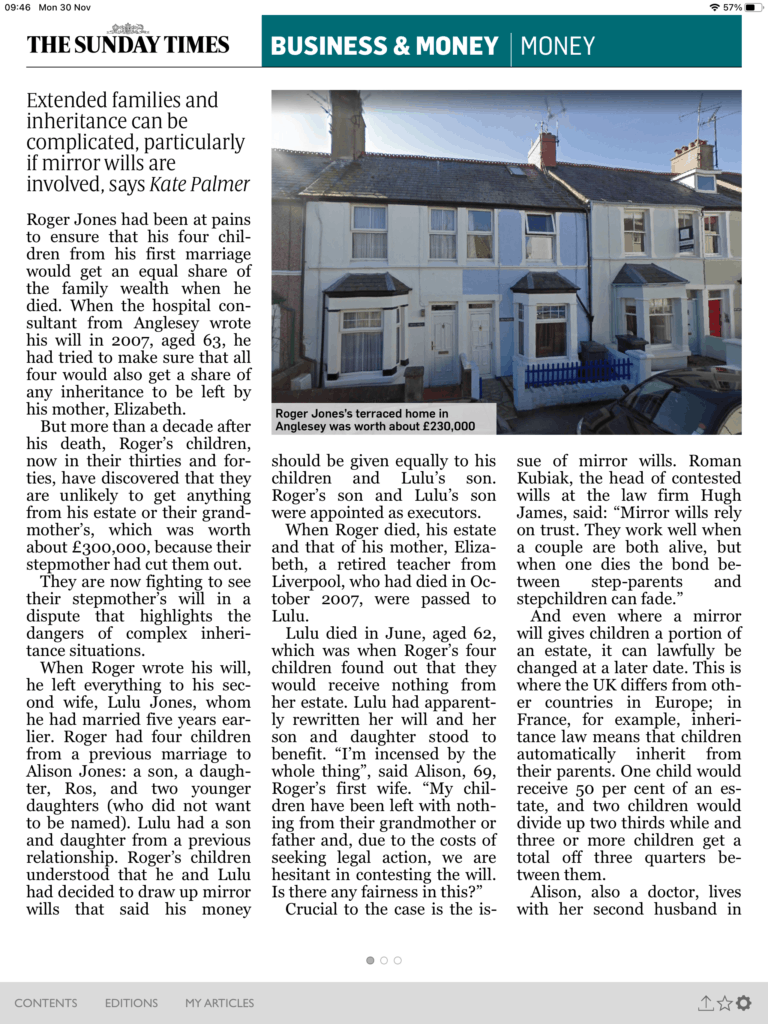 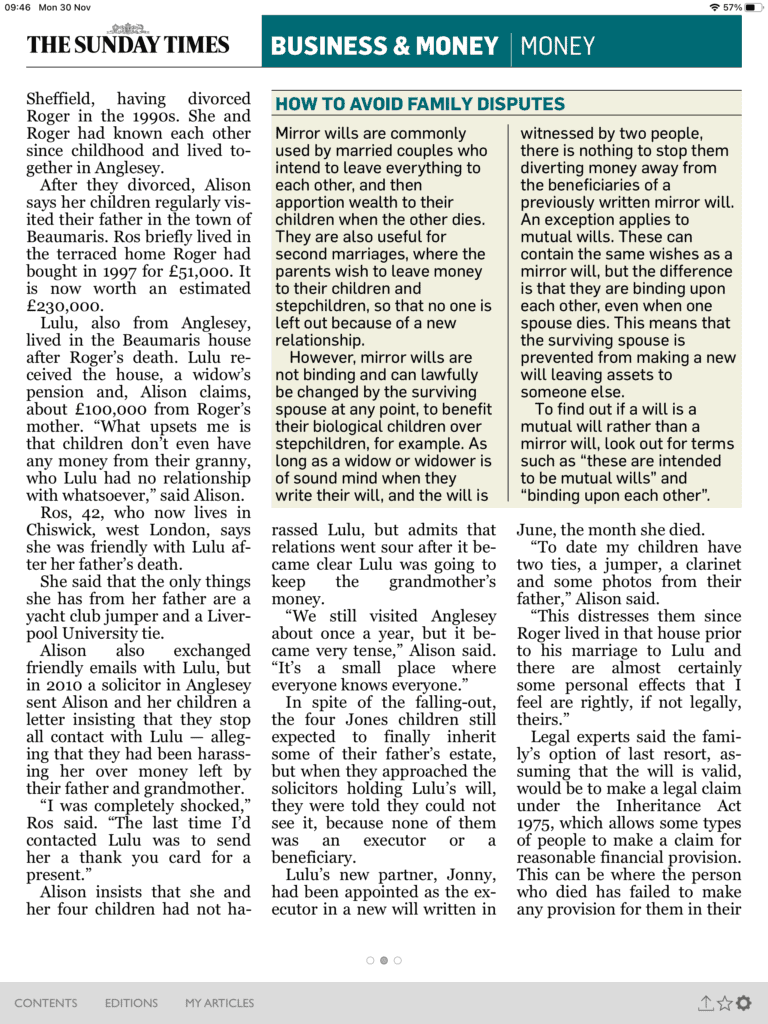 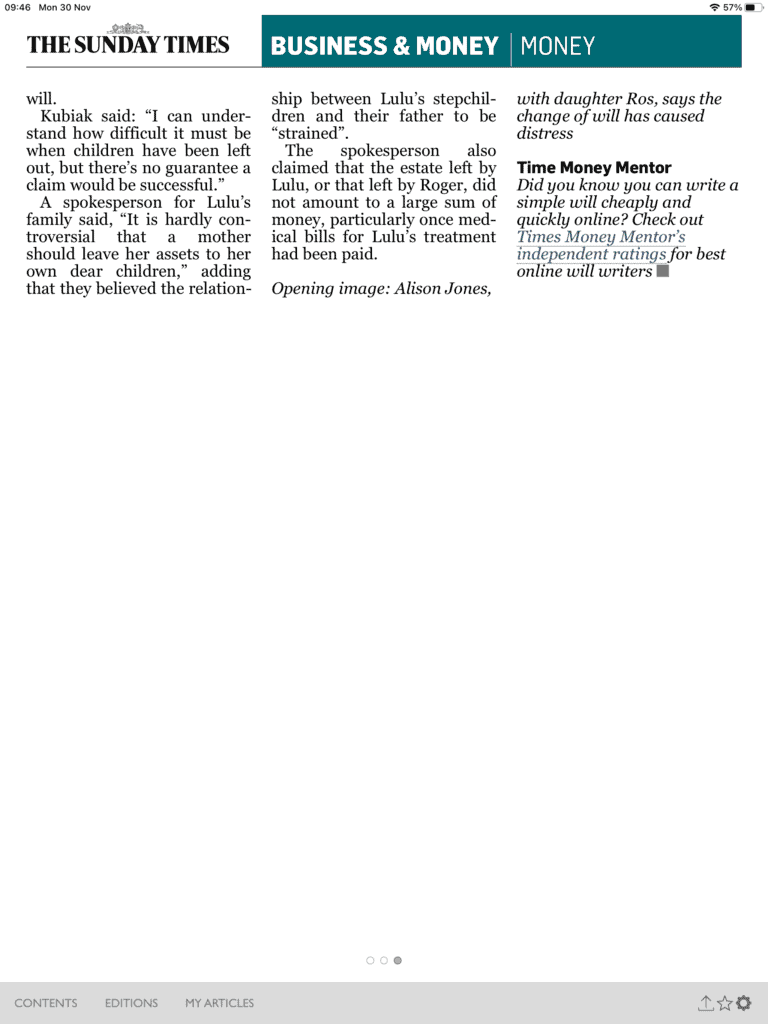