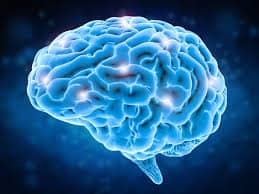 Two events five years apart have shaped the person I am today.

Some of you may know that in June 2014, as a fit and healthy 37-year old, I was playing football with some friends when I collapsed and had an epileptic fit.

It was completely out of the blue, nothing like this had ever happened before, I’d never even fainted or blacked out before and there was no family history of it either.

My friends phoned an ambulance and I was taken to QE hospital. The following evening two of my friends came to visit me in hospital and retold the (by then amusing) story of how in their panic they didn’t know how to contact my wife, Charlotte. Eventually one of them realised his wife had Charlotte’s phone number so finally got the message to her. Naturally I’d left my phone at home as I didn’t think I’d need it.

Charlotte and her mum, a retired nurse so pretty damn useful in situations like this, met me at QE hospital but I have no recollection of any of this. I think there is at least a 4-hour gap in my memory where I can’t remember a single thing. Which is quite scary.

I had two nights in hospital, did as many Sudokus as possible from the daily newspapers to prove to myself that my brain was functioning as well as normal, had a number of brain and heart tests over the next few weeks and found nothing wrong.

The medical conclusion was it was “just one of those things.” Stay hydrated and get enough sleep and you’ll be fine.

The Cricket World Cup final (epic England vs NZ) and men’s final at Wimbledon (equally epic Federer vs Djokovic) were both on the TV and I was flicking channels between the two. Both looked like they would be on for a few hours, so I thought I’d go for a short run during the change of innings in the cricket.

I never made it home as I had another epileptic fit whilst running. This time some passers-by came to my aid, called an ambulance and used my phone to contact Charlotte. Yes, I had it on me that time!

Cue another 5-hour gap where I have no recollection of what happened. Even more scary.

I’ve had more brain and heart tests, blood tests, exercise ECGs, met neurologists and cardiologists and eventually diagnosed with epilepsy. I now take some medication every day and will probably have to do so for ever and a day. I can’t drive for 12 months (which will likely be 18 months given the NHS and DVLA admin) and have again qualified for a disabled travel pass. I’m still waiting for a bus driver to question why I have a “concessionary” pass as they’re called now, presumably they’re too polite to ask.

At Chatfield we make sure clients get their Wills, Lasting Powers of Attorney, estate planning, life assurance and critical illness matters in order. We don’t just do investments, pensions, stock markets and tax.

A lot of our clients are a generation older than me, but I tell them my story and explain you don’t have to be old for things to go wrong.

Lots of people struggle with Wills and Power of Attorney. The conversations required and decisions to be made are not easy, I fully empathise with that.

You definitely need a Will. You’re not immortal.

I could go on, but I think you’ve got the message.

Remember, you don’t have to be old for things to go wrong.